Gadsden, Ala. — For over 40 years, Riley Whitaker was a fixture at Gadsden State Community College and was synonymous with “athletics.” He started the College’s Athletics Department in 1966 with the men’s basketball, baseball and golf programs, all of which he also served as the coach.

“Gadsden State meant a lot to him, and it means a lot to me,” said Marie Whitaker, his wife. “My husband loved sports. He started it all and he coached it all. He and I spent almost all of our career at the College.”

Marie recently met with Dr. Kathy Murphy, Gadsden State’s president, and Kevin McFry, dean of Financial and Administrative Services, to finalize a $20,000 endowed scholarship. In addition to a donation from Marie, funds for the endowment came from donations made in Whitaker’s memory after he passed away in 2013.

“We thought the best way to honor him is with a scholarship,” she said. “He would be so proud.”

During his long tenure, Whitaker also added women’s basketball, women’s cross country, volleyball, softball and tennis to the Gadsden State program. Under his leadership, Gadsden State won 11 state championships and was awarded the All Sports Trophy six times. The 1970 men’s basketball team made it to the National Junior College Tournament as well. He was inducted into the Alabama Junior College Athletic Hall of Fame in 2002.

“Riley was a fixture in Athletics,” Marie said. “He had a good repertoire with the local coaches and the players. His strong suit was public relations. He was very good at it. He was not that great at completing forms and doing paperwork.”

Marie was well-known for supporting her husband and ensuring that all the paperwork was filed. She worked as an instructor in the Business Division at Gadsden State from 1966 to 2000 and then volunteered as his assistant until his retirement in 2007.

“I never really left campus until Riley retired,” she said. “We had a wonderful time at Gadsden State.”

Murphy thanked Marie for the generous gift and said it is a blessing to students.

“As someone who depended on scholarships, I can tell you from experience that it helps very much,” she said.

Marie said she is happy about the reinstatement of several new programs in Gadsden State’s Athletics Department. Murphy announced in September that cross country is returning to the College in the fall and, just last month, she held a community meeting to announce the reinstatement of baseball and softball in fall 2023.

“I have a real interest in using sports in recruiting and retaining students and providing them with a good collegiate experience,” Murphy said. “I see real value in Athletics for our students and for our College.”

The Riley and Marie Whitaker Scholarship is awarded annually to a graduating senior at Glencoe High School. Consideration is given on academic record, demonstrated financial need and faculty/leader recommendations. The scholarship is $750 for the fall semester and $750 for the spring semester.

“It means something to me and my family to be able to do this for our College,” she said. “We are so excited about what Gadsden State is doing with the Athletics Program. I am so proud.” 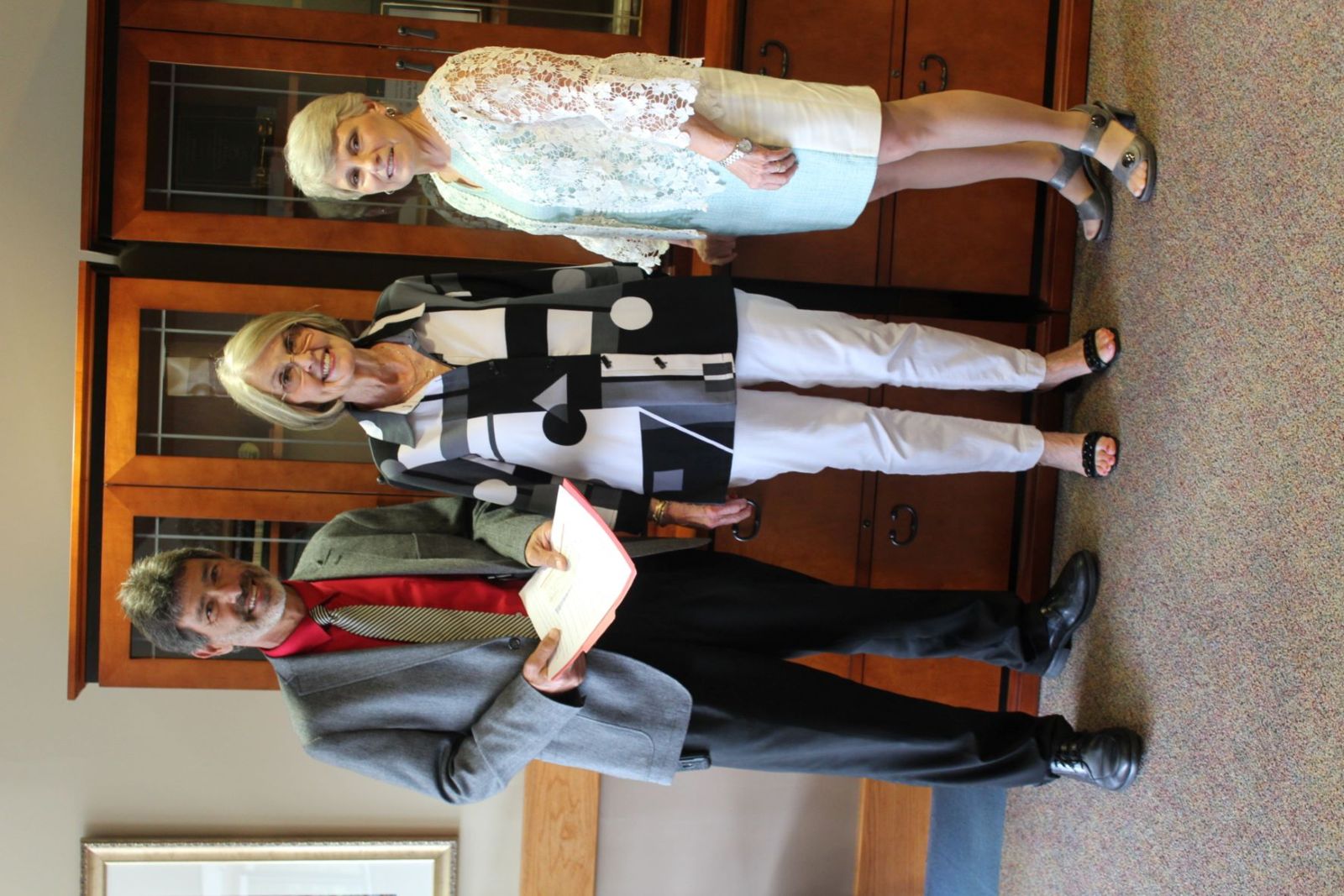