Office of Disability Services and Resources 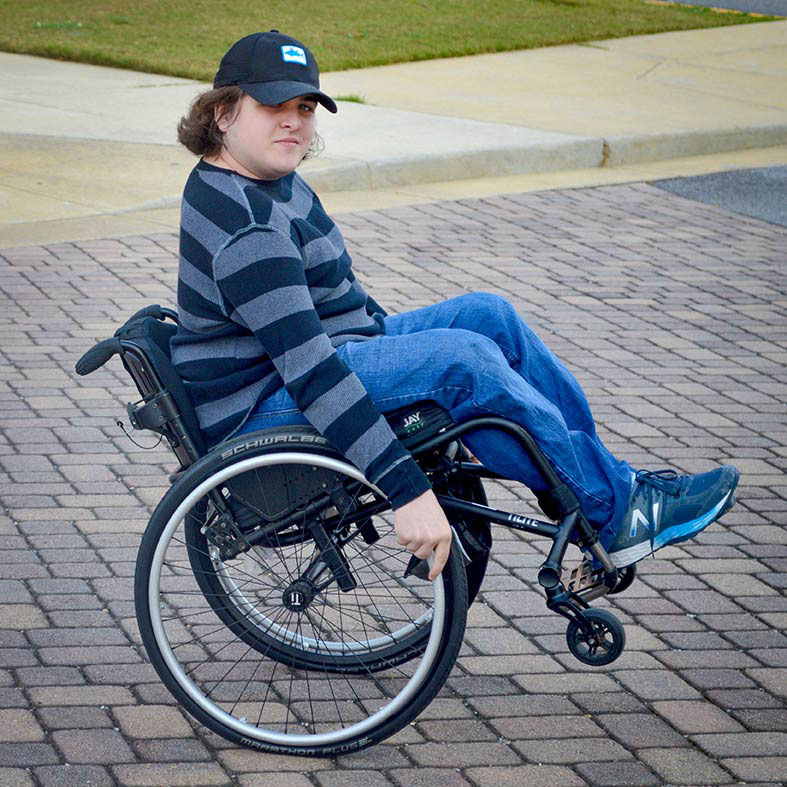 Gadsden State Community College serves a diverse community by offering quality academic education, workforce development and adult education opportunities that are accessible and affordable. Toward that end, the College fully supports and seeks to comply with the Americans with Disabilities Act (ADA), Title II and Section 504 of the Rehabilitation Act of 1973.

Gadsden State strives to create a welcoming environment for all students and will work in good faith with faculty, staff and students to provide access and reasonable accommodations to persons with disabilities.

The Disability Services and Resources Office is located in the Joe Ford Building, Suite 105 on the College's East Broad Campus. We encourage students, visitors and employees with disabilities to contact us to discuss accommodation needs. Pam Clough is the contact person and can be reached at pclough@gadsdenstate.edu or 256-549-8462. 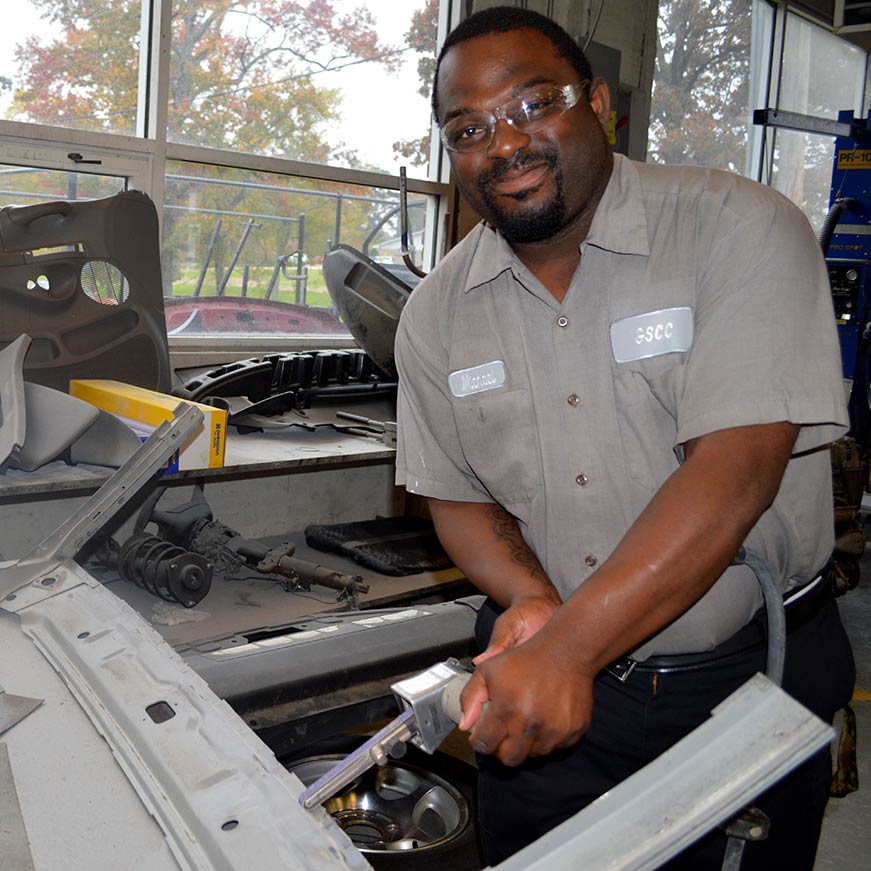 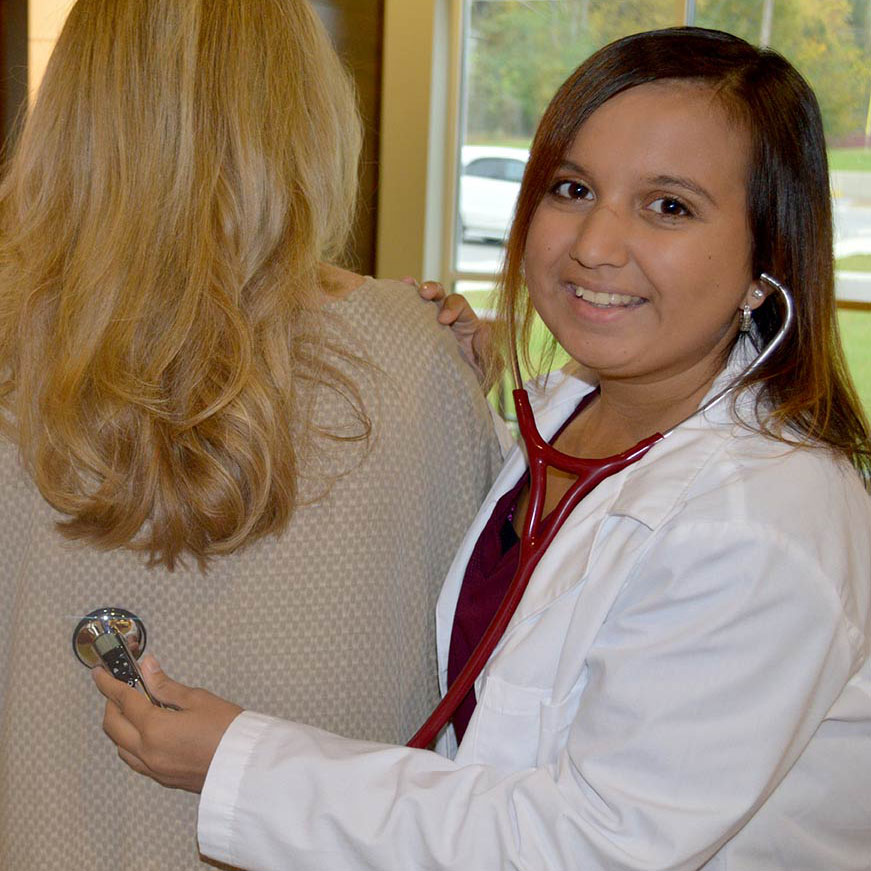 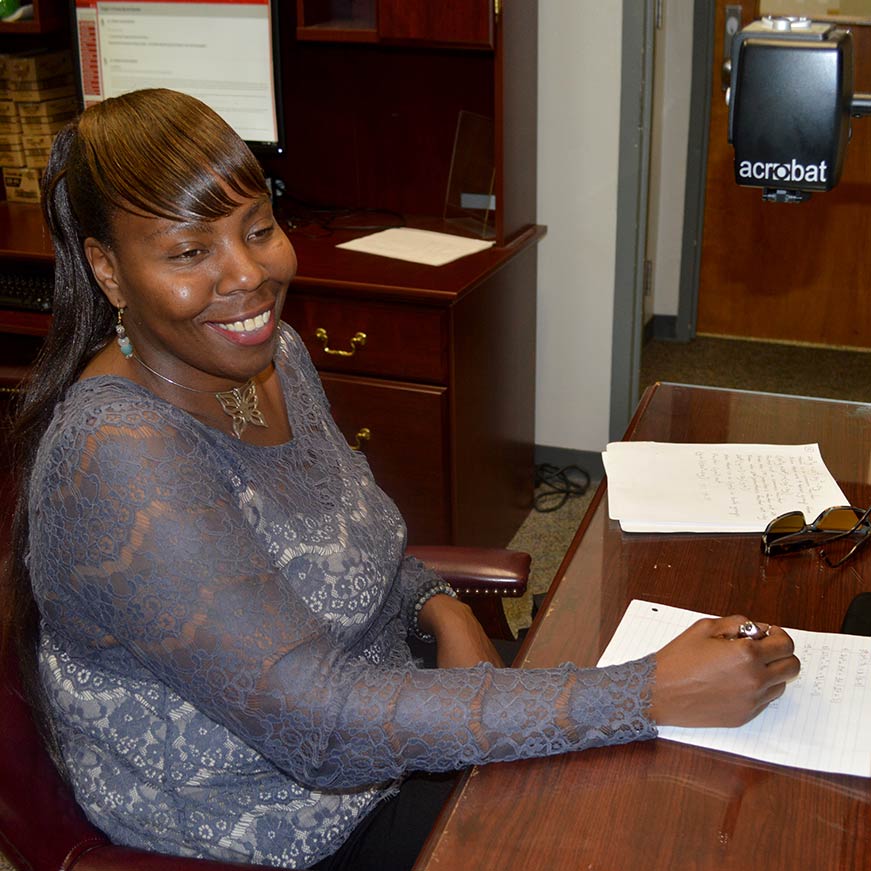 About Disability Services and Resources

A campus community in which students with disabilities are equal members without barriers.

The Gadsden State Disability Services and Resources Office will interact and collaborate with faculty, staff, and students to achieve an equitable learning environment for students with disabilities;

Disability Services and Resources exercises these principles to promote an environment where disability is seen as a valued aspect of diversity:

What constitutes a disability?

A disability is defined in the Americans with Disabilities Act of 1990, the ADA Amendments Act of 2008 and Section 504 of the Rehabilitation Act of 1973 as a mental or physical impairment which substantially limits one or more major life activities.   Learning is an example of a major life activity.  If you have a mental or physical condition, a history of such a condition, or a condition which may be considered by others as substantially limiting, you may have a legally defined disability.

What does substantially limiting mean?

According to Section 504 of the Rehabilitation Act of 1973, substantially limiting is defined as being unable to perform a major life activity, or significantly restricted as to the condition, manner, or duration under which a major life activity can be performed, in comparison to the average person or to most people.

What is a major life activity?

According to Section 504 of the Rehabilitation Act of 1973, a major life activity is defined as caring for oneself, performing manual tasks, walking, seeing, hearing, speaking, breathing, learning, and working.

What are academic adjustments?

Appropriate academic adjustments create an equal access to education, as long as it doesn’t require a substantial change in an essential element of the curriculum. This is determined by the institution. Such modifications may include an adjustment in the amount of time allowed to complete a degree, substitution of degree requirements, and adaptation of the manner in which specific courses are conducted.

ADA.Gov — Information and technical assistance on the Americans With Disabilities Act.

Alabama Association on Higher Education and Disability — Alabama AHEAD is a state affiliate of the international organization, the Association of Higher Education and Disability (AHEAD). Alabama AHEAD is committed to the principles of equal access and full participation of students with disabilities in postsecondary education, and promotes excellence in the provision of accessibility services through professional development and support.

Association on Higher Education and Disability — AHEAD is a professional membership organization for individuals involved in the development of policy and in the provision of quality services to meet the needs of persons with disabilities involved in all areas of higher education. At this time, we boast more than 2,800 members throughout the United States, Canada, England, Australia, Ireland, Northern Ireland, New Zealand, South Africa, Sweden, Japan and Greece.

Autism Speaks — Autism Speaks is dedicated to promoting solutions, across the spectrum and throughout the lifespan, for the needs of individuals with autism and their families through advocacy and support; increasing understanding and acceptance of people with autism spectrum disorder; and advancing research into causes and better interventions for autism spectrum disorder and related conditions.

DO-IT Disabilities, Opportunities, Internetworking, and Technology — The DO-IT (Disabilities, Opportunities, Internetworking, and Technology) Center is dedicated to empowering people with disabilities through technology and education. It promotes awareness and accessibility—in both the classroom and the workplace—to maximize the potential of individuals with disabilities and make our communities more vibrant, diverse, and inclusive.

Learning Ally — Learning Ally is a national non-profit dedicated to helping students with print disabilities, including blindness, visual impairment and dyslexia. Learning Ally improves the way students learn at home and in the classroom.

Protecting Students With Disabilities — An important responsibility of the Office for Civil Rights (OCR) is to eliminate discrimination on the basis of disability against students with disabilities. OCR receives numerous complaints and inquiries in the area of elementary and secondary education involving Section 504 of the Rehabilitation Act of 1973, as amended, 29 U.S.C. § 794 (Section 504). Most of these concern identification of students who are protected by Section 504 and the means to obtain an appropriate education for such students.

College Advice for Deaf and Hard of Hearing Students

Guide for Job Seekers & Workers with a Disability

A Study on the Top Cities for Workers With Disabilty

Gadsden State Community College is committed to providing all information on its website in an accessible format to everyone. If you find any problems that prevent access, please contact us using the contact information below. Let us know the nature of your accessibility problem, and we can provide any inaccessible content in an alternative format.

Copies of all materials are available in large type upon request. Also, the content of this website will be read to any person making the request.

Other websites in the college web space, or those of individuals and specific groups that might be public or private, are not included under our legal mandate although we encourage all employees and groups to make all web content accessible.

If you have difficulty accessing any part of the website while using adaptive technology, have accessibility suggestions, or need an alternative format for any content, please contact the ADA Coordinator, Pam Clough at pclough@gadsdenstate.edu or 256-549-8462.

Accessibility information for Blackboard may be found at www.blackboard.com/blackboard-accessibility-commitment.

Individuals (visitors, employees, students) with mobility impairments should contact the ADA coordinator on or nearest their campus to obtain information regarding limitations to physical accessibility of some buildings and programs and to obtain accommodations as needed. Students with mobility impairments are encouraged to contact the ADA coordinator before completing their academic schedules.

Release of Consent TO Gadsden State

Release of Consent FROM Gadsden State