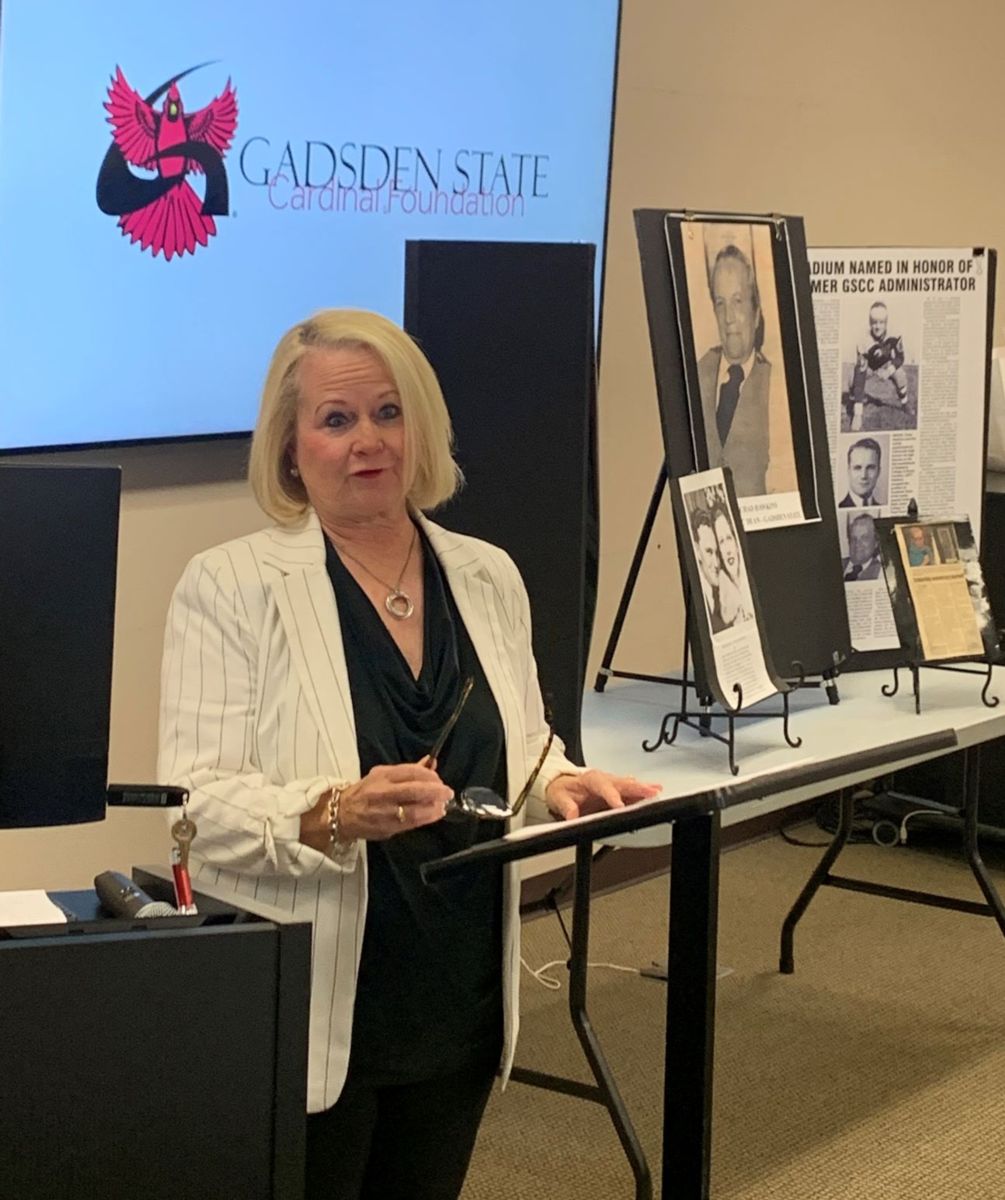 Above: Fran Hawkins, daughter of the late Chad Hawkins, speaks on behalf of her family’s foundation during a recent meeting of the Cardinal Foundation Board of Directors. The Chad Hawkins Foundation has donated $50,000 for scholarships to Gadsden State students.

Gadsden, Ala. – The Chad Hawkins Education Foundation has donated $50,000 to the Gadsden State Community College’s Cardinal Foundation for a scholarship fund to benefit second-year students in the nursing program.

The scholarship fund is named in memory of Chad Hawkins, who passed away in 2004. 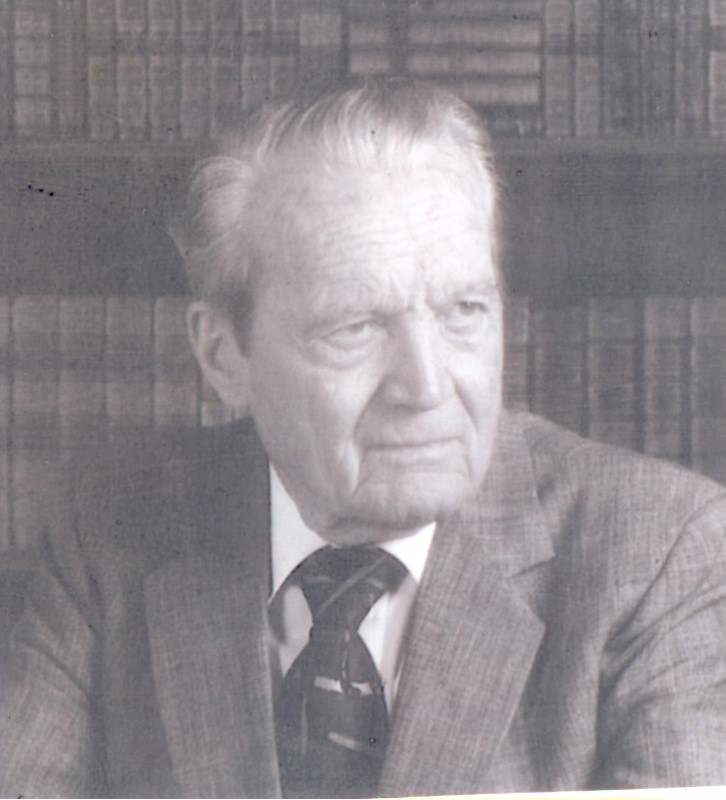 Above: Chad Hawkins led the creation of Gadsden State Junior College in 1965, where he served as dean of academics for 20 years.

Chad Hawkins was born in Big Wills Valley in 1914 and was orphaned at the age of 11. He was the quarterback and captain of the Collinsville High School football team as well as co-valedictorian.

After graduating from Newberry College in South Carolina on a football scholarship, he returned to Alabama. He earned his master’s degree from the University of Alabama and an education specialist degree from Auburn University.

He coached football and served as principal at several high schools in the state before coming home to Collinsville to serve as high school principal. At the request of Gov. George Wallace, Hawkins led the creation of Gadsden State Junior College in 1965, where he served as dean of academics for 20 years.

His daughter, Lynn King, said Hawkins took it upon himself to serve others his entire life. 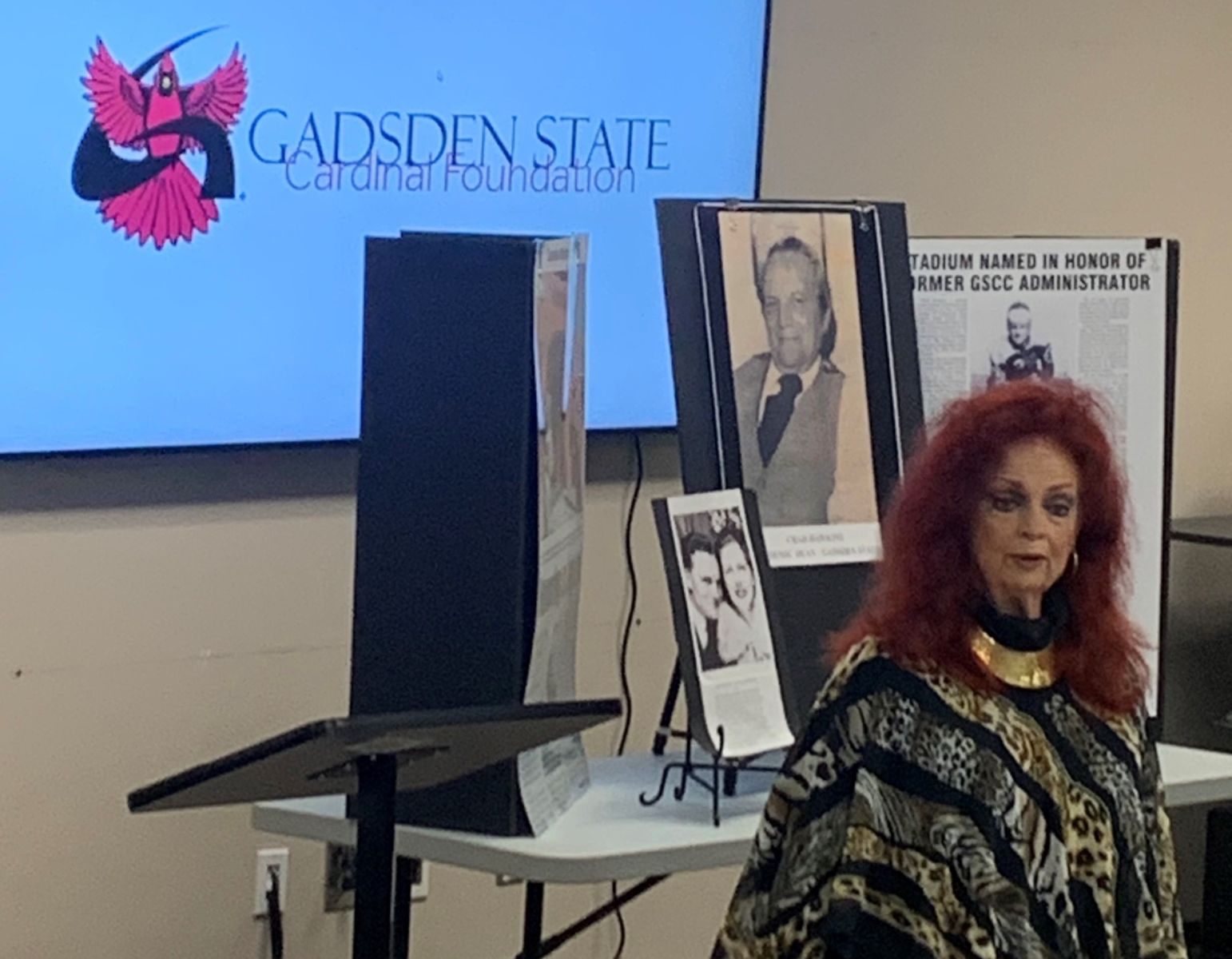 Above: Lynn King, daughter of the late Chad Hawkins, speaks to the Cardinal Foundation Board of Directors during a recent announcement that the family’s foundation is donating $50,000 for scholarships to Gadsden State.

“His greatest joy was to see others succeed and provide the encouragement and support to keep them on the path of prosperity,” she said.

“He never complained about the hardships he encountered as a youth,” said daughter, Fran Hawkins. “Instead he sought to be an inspiration and positive influence on all those with whom he came into contact.”

Upon his retirement, a scholarship was established by Gadsden State faculty, students and friends in his honor which will continue to help students receive an education.

The Cardinal Foundation will begin taking applications in the spring for students interested in attending Gadsden State during the summer semester.

“The establishment of the Chad Hawkins Scholarship could not have come at a better time,” said Mark Condra, president of the Cardinal Foundation. “According to the American Nurses Association, more registered nurse jobs will be available through 2022 than any other profession in the United States. According to an article in the Nursing Times, the U.S. Bureau of Labor Statistics projects that 11 million additional nurses are needed to avoid a further shortage.”

Condra said the Cardinal Foundation Board of Directors is appreciative of the Hawkins family’s donation.

“The Hawkins family is not only a generous donor but loyal friends to Gadsden State and its mission,” he said.

To learn more about the Cardinal Foundation, go to www.gadsdenstate.edu/cardinalfoundation.