“For the first time since 2019, Gadsden State and its sister colleges selected winners for the coveted Chancellor’s Awards,” said Dr. Tera Simmons, executive vice president at Gadsden State. “The awards recognize employees who consistently perform at an exceptional level. These employees are always willing to go beyond expectations to provide support to our students. We honor them for this worth achievement.”

Winners were recognized locally in September at the Spring Convocation held at Gadsden State Cherokee. Two members of faculty were selected for the award – Dr. Danetta McCurley and Elise Harbin. The support staff award went to Kathy Brown, and the administrator award winner is Jessica Slaten. 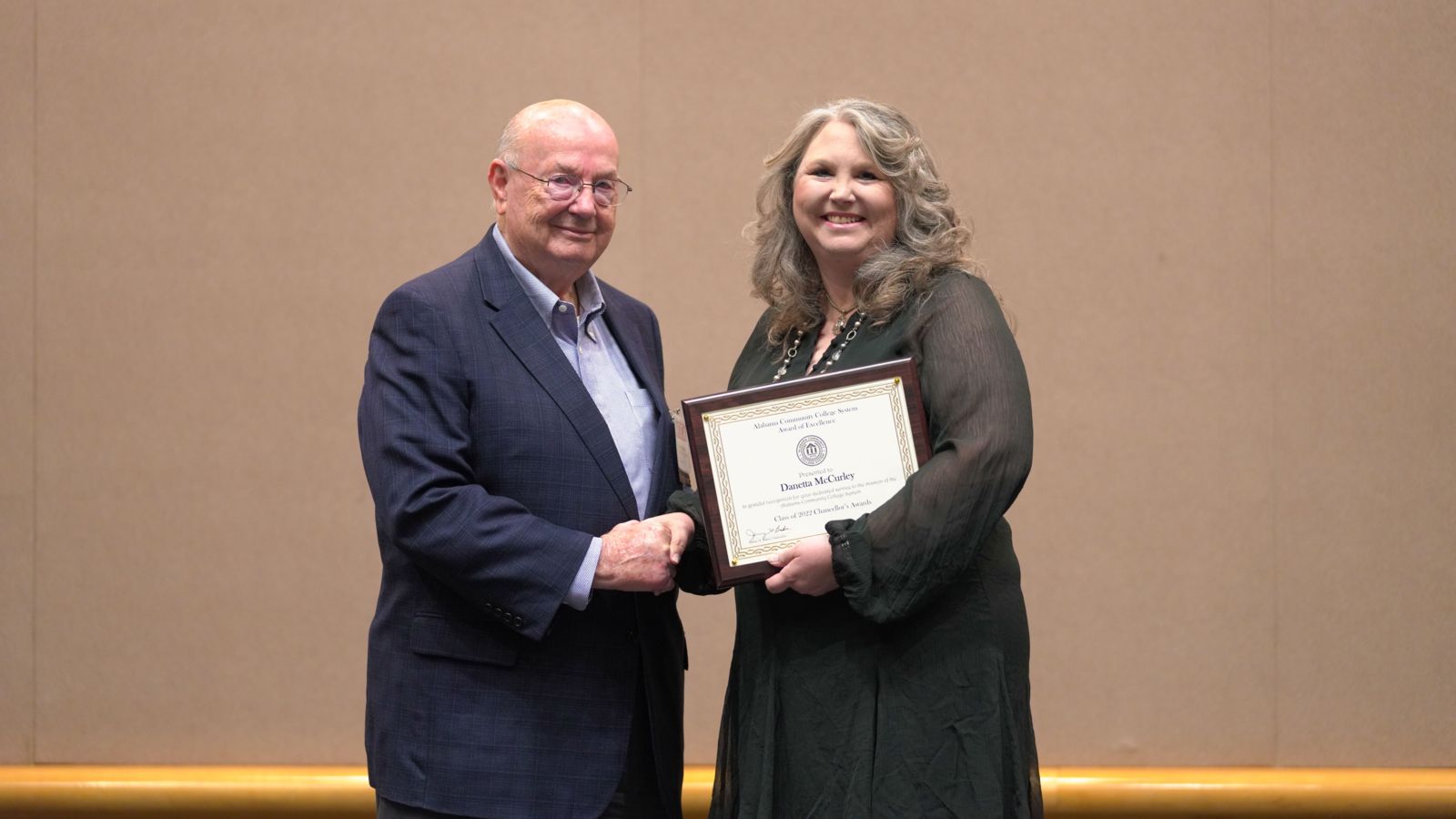 McCurley is the winner of the Chancellor’s Award for faculty. She serves Gadsden State as a nursing instructor, a position she has held since 2012. Her resume includes time as a family nurse practitioner as well as eight years in the U.S. Navy, where she received the Award of Merit, Good Conduct Award and the National Defense Medal.

McCurley has a number of degrees and certifications, including bachelor’s, master’s and doctoral degrees from the University of Alabama in Huntsville. She is a member of the American Academy of Nurse Practitioners, the National League of Nurses and the North Alabama Nurse Practitioners Alliance.

At Gadsden State, she participates in G-Day and represents the Nursing Program in the annual Worlds of Work. McCurley is the scholarship chairperson for nursing and is on the Health Sciences Scholarship Committee. In the community, she is the vice commander at the American Legion Post 71 and is a member of the Etowah County Fair Board. 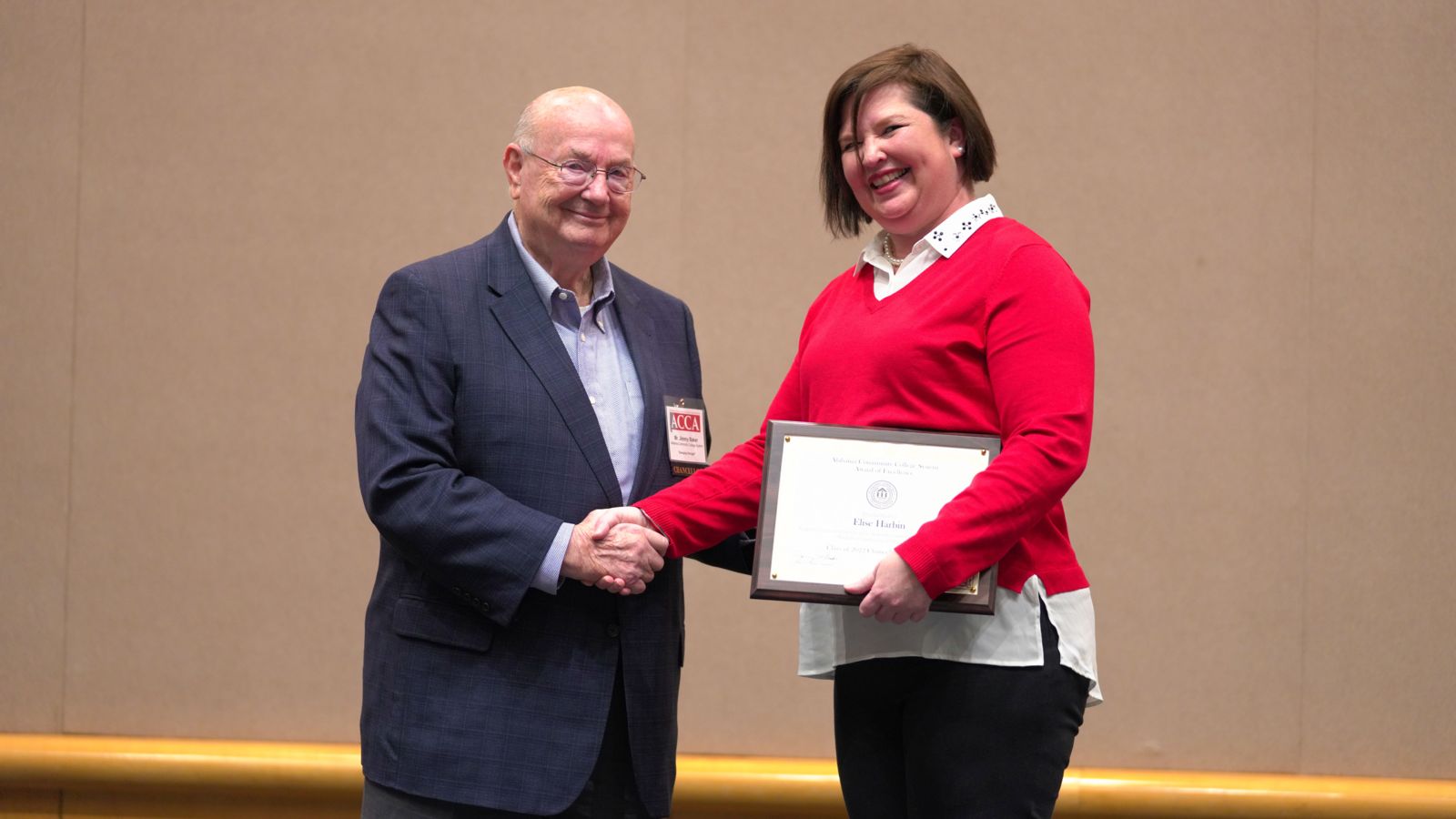 Elise Harbin is Gadsden State’s Chancellor’s Award winner in the Academic Faculty Division. She has served Gadsden State as an instructor and director for the past 17 years. A graduate of Rhodes College and Penn State University, Harbin serves as the director of the Cardinal Tutoring Centers, where she is responsible for training, coordinating and engaging over 40 tutors on scholarship. She also is a full-time instructor in the Alabama Language Institute and is an adjunct speech instructor in the Division of Languages and Humanities.

In addition, Harbin spearheaded the coordination of the Excellence in Leadership Scholarships and Student Aid for the Cardinal Foundation, a support organization of Gadsden State. The scholarships and financial support awards were made possible through an anonymous donation to the Foundation. She had to work closely with other instructors, administrators and Foundation members to ensure that the funds were being distributed in alignment with the donor’s wishes. In a short amount of time, she was able to meet semester goals for the funds.

Harbin is a member of the Southeastern Writing Centers Association, the Alabama Communication Association, the Alabama Student Success Organization, Delta Kappa Gamma International Society and Teachers of English to Speakers of Other Languages Inc. She is a graduate of the Faculty Development Institute and the Gadsden State Leadership Development Institute, and she is the 2011 winner of the Brenda Crowe Excellence in Teaching Award. 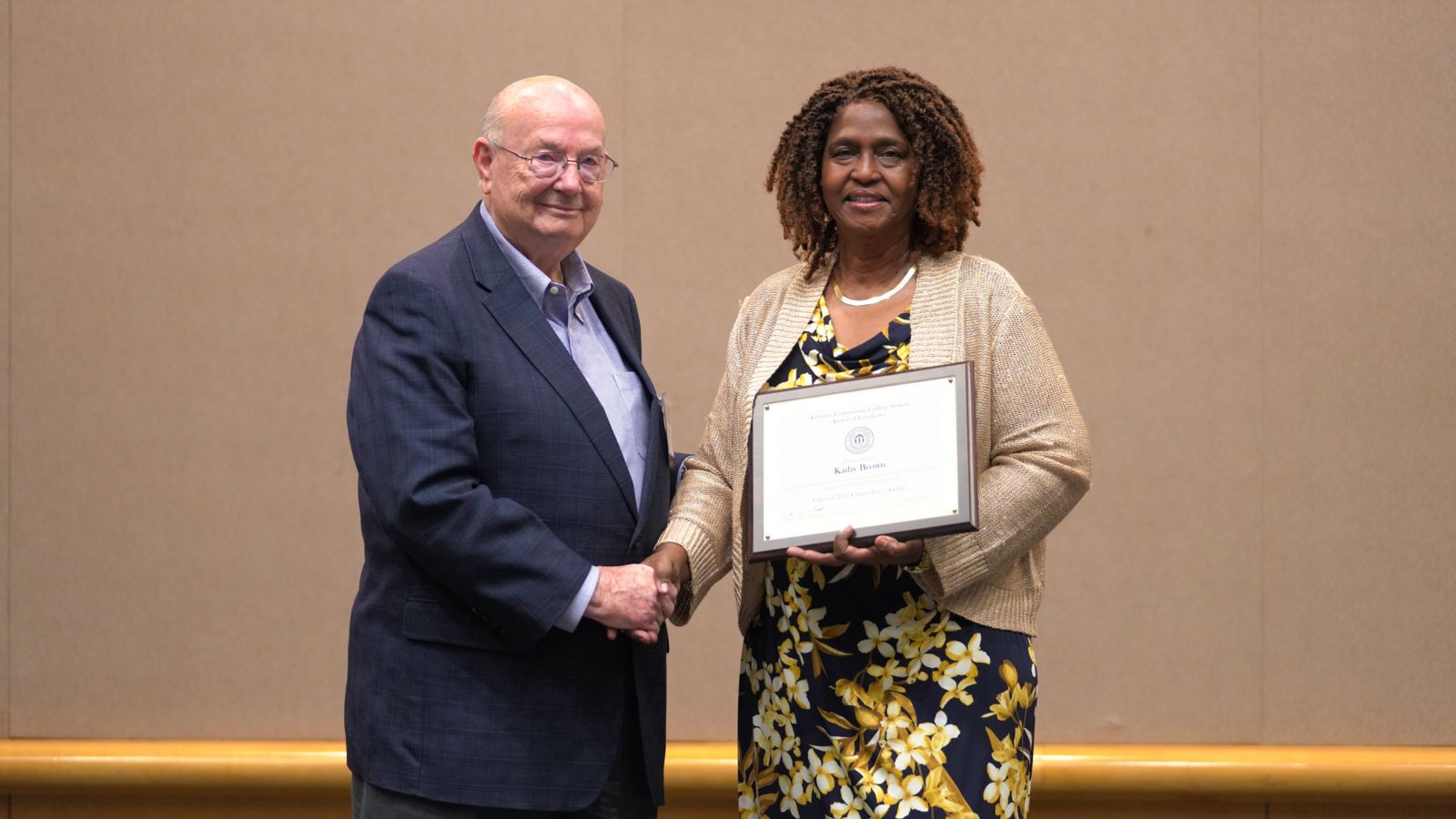 The 2022 Chancellor’s Award winner among staff members is Kathy Brown. For 24 years, she has been a “go-to” person when it comes to the traditions of the College as well as the state-required policies and procedures that must be followed. She is expert in “all-things-Gadsden State.” She is the administrative assistant in the Public Relations and Marketing Department, a position she has held since 1998.

Brown began her time at Gadsden State as a student from 1995 to 1997 and earned an Associate in Applied Science degree in Office Administration. She also earned a Bachelor of Science in Psychology and Sociology from Jacksonville State University.

In her role as an administrative assistant, she assists in writing, editing, formatting and submitting press releases and education briefs; organizing and procuring promotional products for all College departments; managing all requests for services and website change requests; tracking media coverage; and many other duties.

In addition to being recognized with the Chancellor’s Award, Brown also won the Outstanding Support Staff Award from the Gadsden State Alumni Association in 2018. 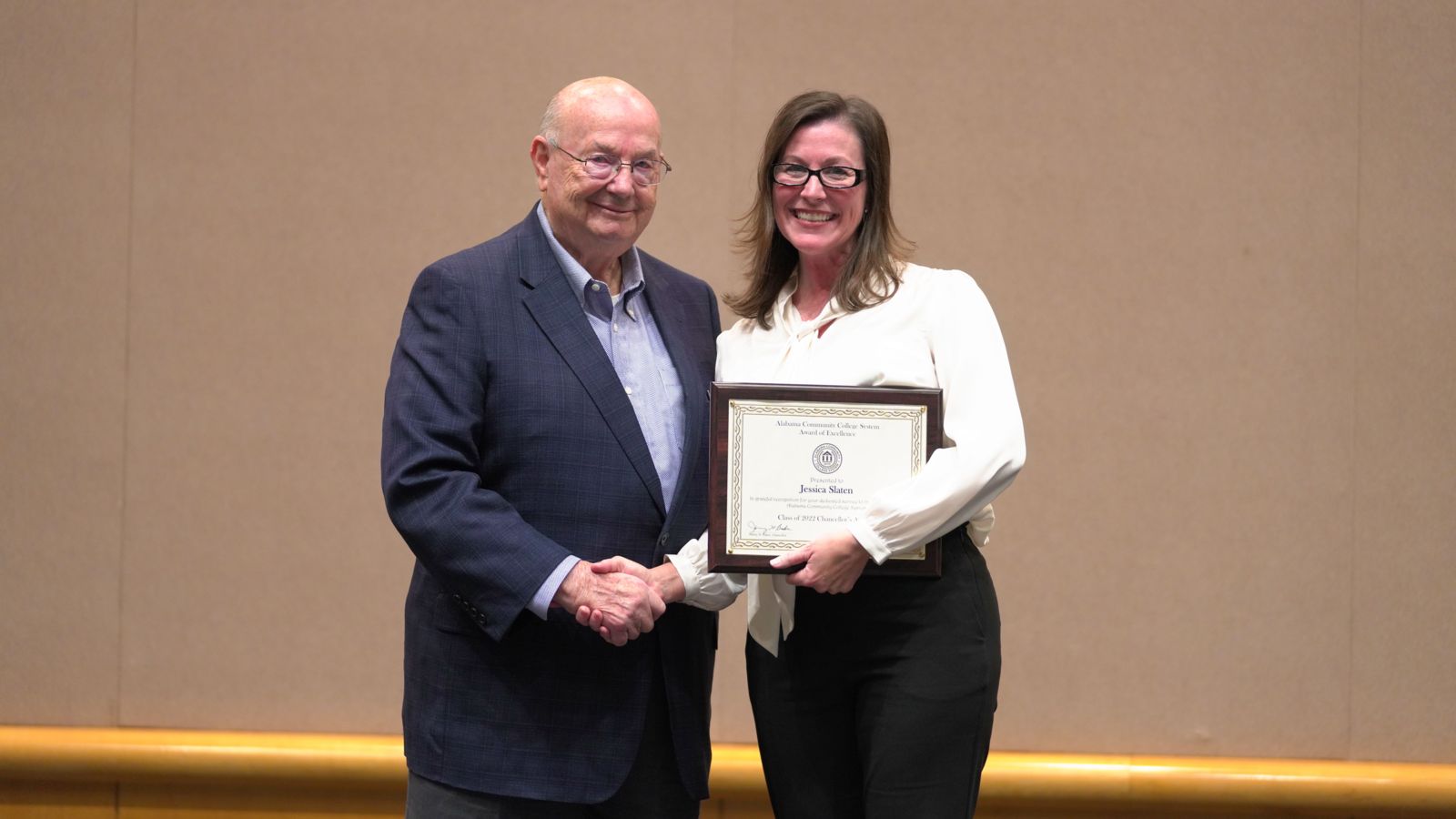 This year’s Chancellor’s Award for Administrators winner is Jessica Slaten. She started her career in 1998 at the Ayers Campus as an accountant. Since then, she has worked her way up in Financial Services and is known for providing consistent and high-level commitment and excellence in her service to the College.

As the financial manager for Gadsden State, she monitors and ensures flow of financial data among personnel; reconciles cash, investments and long-term debt; assists in preparation of the annual budget and financial statements; and assimilates data required for audit by State Examiners of Public Accounts as well as federal and state granting and contracting agencies, just to mention a few of her duties. She has since received a promotion to director of Financial Services.

Slaten is a graduate of the College Business Management Institute at the University of Kentucky and has earned a bachelor’s degree and master’s degree from Jacksonville State University. She is also a graduate of Leadership Etowah.

Slaten has served the College in multiple capacities, including the OneACCS administrative computer system implementation team and the SACSCOC accreditation reaffirmation steering committee.